Climate Change is posing a serious threat to US real estate, Vermont low on the list

Climate Change is posing a serious threat to US real estate, Vermont low on the list

Climate change is making many popular areas of the U.S. risky to live in due to potential environmental disasters, yet home prices are increasing even more rapidly in these areas — and Americans are flocking to them.

Vermont Business Magazine Home prices in areas most impacted by climate change are increasing at a higher rate than the national median, according to a new report from Home Bay, an online publication that connects readers with expert real estate advice.

Median home sale prices have increased 167% in major metros within states that have had at least 50 Federal Emergency Management Agency (FEMA) disaster declarations since 2012, while the national median increase is only 113%. 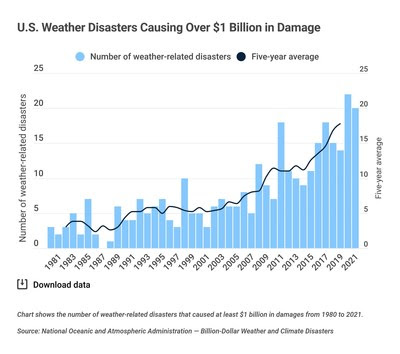 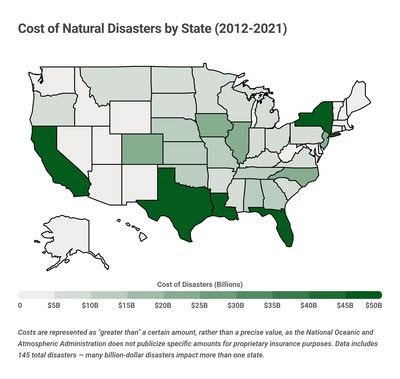 The states FEMA ranks as most likely to have disasters that threaten buildings, people, and agriculture (and are, therefore, the biggest risk to homeowners) are:

The states least at risk for climate change-induced weather events are concentrated in the Northeast:

In addition to rising home prices, climate change is impacting other home costs such as insurance and energy. Since 1980, the average U.S. temperature has increased from 51.6 to 53.7 degrees Fahrenheit, meaning homeowners are spending more on electricity to cool their houses.

Since 2012 alone, there have been 145 individual billion-dollar disasters in America.

Many of the states most threatened by these disasters contain some of the most in-demand metro areas for home buyers. However, it's clear that Americans feel the benefits of living in these areas still outweigh the potential risks – at least for now.

Read the full report at: https://homebay.com/climate-change-risk-real-estate/?utm_source=press-release&utm_medium=pr&utm_campaign=climate-change

Home Bay is a web property of Clever Real Estate, an online platform that connects home buyers and sellers with top-rated agents at a discount rate.