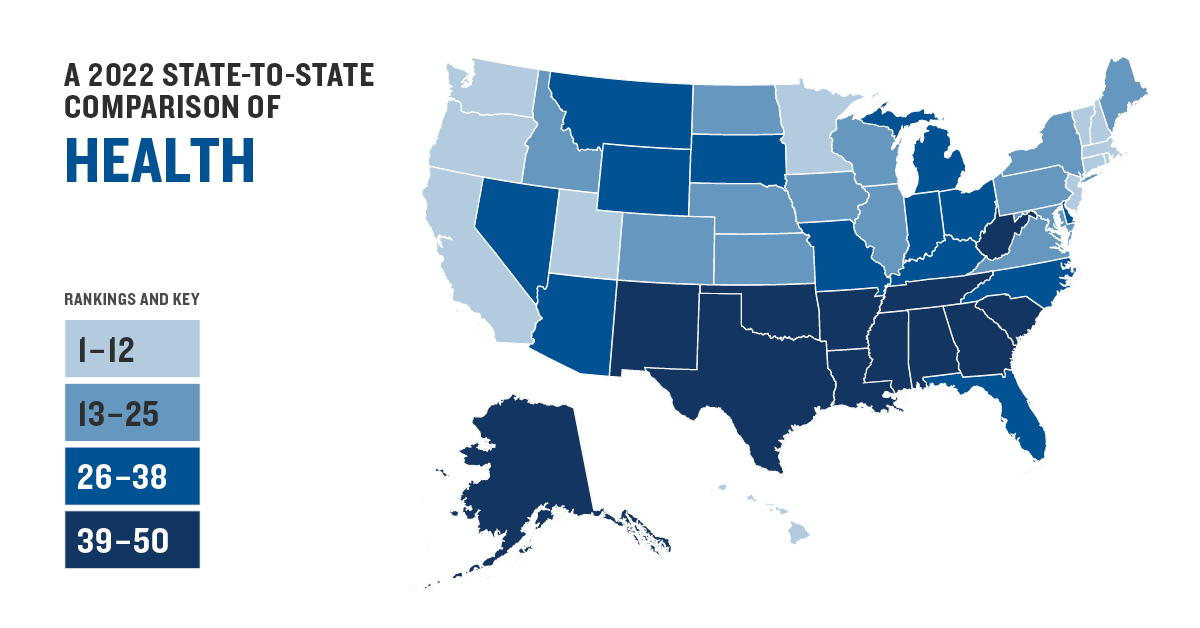 Vermont Business Magazine The 33rd edition of the Annie E Casey Foundation's KIDS COUNT Data Book describes how children in America are in the midst of a mental health crisis, struggling with anxiety and depression at unprecedented levels. Vermont ranked 5th overall. The state ranked best in the Health (3rd) and Community (3rd) categories, was 5th in Education and 12th in Economic Well-Being.

States in Appalachia, as well as the Southeast and Southwest — where families have the lowest levels of household income — populate the bottom of the overall rankings. In fact, except for Alaska (41st), the 17 lowest-ranked states are in these regions.

The Northeast and the Midwest continue to dominate in terms of overall child well-being. Nine of the top 10 states were from these regions, with the lone outlier — Utah — ranking fourth.

This year’s publication continues to present national and state data across four domains — economic well-being, education, health and family and community — and ranks states in overall child well-being. The report includes pre-pandemic figures as well as more recent statistics and shares the latest information of its kind available.

The coronavirus pandemic has brought children trauma and tremendous loss over the past two and a half years. As of July 2022, the health crisis had killed more than 1 million people in America, including more than 1,600 children. During this same time span, more than 200,000 kids had lost a parent or primary caregiver to the virus.

These conditions have helped fuel what the U.S. surgeon general has called a mental health pandemic for youth. According to the Data Book, the incidence of anxiety and depression among kids has spiked. Comparing pre-pandemic to the first year of the COVID-19 crisis: The share of children struggling to make it through the day rose nearly 26% — from 9.4% (5.8 million kids) in 2016 to 11.8% (7.3 million kids) in 2020.

This pandemic within a pandemic has also laid bare persistent disparities. Across the United States, 9% of all high schoolers attempted suicide in the years before the most recent federal survey. This rate rises to 12% for Black students, 13% for students of two or more races and 26% for American Indian or Alaska Native high schoolers. Among LGBTQ youth, the statistics are similarly lopsided, with 23% of gay, lesbian or bisexual high schoolers reporting to have attempted suicide compared to just 6% of their heterosexual peers.

The 2022 KIDS COUNT Data Book continues to identify racial and ethnic disparities that persist in America today. Some examples of these findings include:

Early research indicates that addressing youth mental health needs can reduce or even eliminate pandemic-related stress. Accordingly, the Foundation calls on lawmakers to enact the programs and policies needed to ease mental health burdens on children and their families.