Leonine Public Affairs The Senate Appropriations Committee finalized the FY2022 budget bill, H.439, on Monday. On Friday the Senate gave final approval to the bill and thereby paved the way for a conference committee where the House and Senate will reconcile their respective versions of the bill. While overall base spending changed little from the House-passed version of H.439, the Senate spending plan is significantly different due to the inclusion American Rescue Plan Act (ARPA) appropriations. The House had little time to consider ARPA funding as the federal spending bill had just been enacted when the House passed H.439. As a result, the Senate Appropriations Committee did the bulk of the work in deciding how to allocate ARPA funds. When the budget reached the Senate, Governor Phil Scott offered his own proposal on ARPA spending. The Senate version of H.439 generally aligns with the governor’s proposal in terms of where the ARPA funding should be focused. The Senate spending plan differs significantly from the governor’s proposal in terms of how much ARPA funding is appropriated.

Governor Scott asked the Senate to appropriate around $1 billion in ARPA spending, which is the full amount available for the state budget. The Senate decided to approve about half the funding in FY2022, with the intention of returning next session to allocate the rest. Both the governor and the Senate plans would spend ARPA money over multiple fiscal years, as allowed in the federal guidance. Because spending will occur over multiple years, the Senate decided to hold off on allocating about half the ARPA money which allows the legislature to have more of a say in budgeting next year. If the legislature were to approve the full amount in FY2022, it would give the administration more leeway to allocate funds for the duration of the spending process.

The result is a disagreement between the Senate and the administration on the budget. The administration is taking the position that by limiting the appropriation to half the ARPA funding, the Senate is not moving quickly enough to support recovery from the COVID-19 pandemic. The Senate argues that approving all the money now would give the administration too much control over the process, and that their budget does not limit recovery as those dollars would not be spent until future years anyway. Another twist added into the end-of-session budget reconciliation is the fact that the House has not had much time to consider ARPA funding at all.

These dynamics combine for a potentially turbulent conference process for the budget in the final weeks of the session. The legislature is planning to adjourn by the third week in May, and as with most legislative sessions, these final weeks seemed poised to include a healthy amount of political posturing between the House, Senate and governor’s office.

The Senate approved ARPA funding in the following buckets (in millions):

On Thursday, the House Education Committee voted unanimously to approve their version of S.13, a bill that proposes to create a legislative task force charged with creating an implementation plan for an updated education funding formula. The updated formula was recommended in the Pupil Weighting Factors Report authored by the University of Vermont and Rutgers University in 2019. The report documented conclusively that although Vermont has a constitutional obligation to provide all students with equitable educational opportunities, the actual costs for educating children from varying circumstances have not been taken into account. This includes children who attend small schools, children from rural areas, economically disadvantaged children and children who are English language learners. Because the funding formula does not address these populations’ actual needs, and because districts that spend over a certain threshold are penalized, districts that educate these types of learners have a lack of taxing capacity and are unable to provide necessary resources for their students.

The Senate-passed version of S.13 creates a broad scope of considerations for the task force to take into account. Advocates for an updated formula opposed the broadness of the bill as it didn’t tie the task force to creating a plan to implement the recommendations of the report. The House Education Committee had lengthy and heated debates about how prescriptive they should be with the charge of the task force and they did narrow it somewhat. The House Education Committee amendment binds the task force to consider how to integrate the weighting calculations from the report with Vermont’s equalized pupil calculations, excess spending threshold and yield calculations. The House Ways and Means Committee is now considering S.13. Stakeholders advocating for the implementation of the corrected weights continue to push for a narrower focus.

After vigorous debate, a failed attempt to recommit the bill to committee and a 102-42 party line roll call vote, the House approved H.361, which allows youth voting in local elections in Brattleboro. Specifically, the bill amends the Town of Brattleboro’s charter to allow 16 and 17 year old youths (and early voting 15 year old youths if they will be 16 by election day) to vote for candidates for Brattleboro’s Selectboard and representatives in Brattleboro’s unique form of town meeting where three people represent sets of 180 voters at town meeting. The debate featured interesting discussions of child psychology and citizen engagement in the electoral process.

On Wednesday the House approved S.66, An act relating to electric bicycles. The bill seeks to clearly define electric bicycles in Vermont statutes. S.66 mirrors language passed in 29 other states and defines three classes of e-bikes. It provides that e-bikes can be ridden where human-powered bicycles are allowed, unless a municipality opts to limit their usage on bike paths, multi-use paths or sidewalks. Entities that manage mountain bike trails would still be able to limit the use of e-bikes if they want. The bill also ensures that e-bikes are not subject to registration, insurance or licensing requirements. 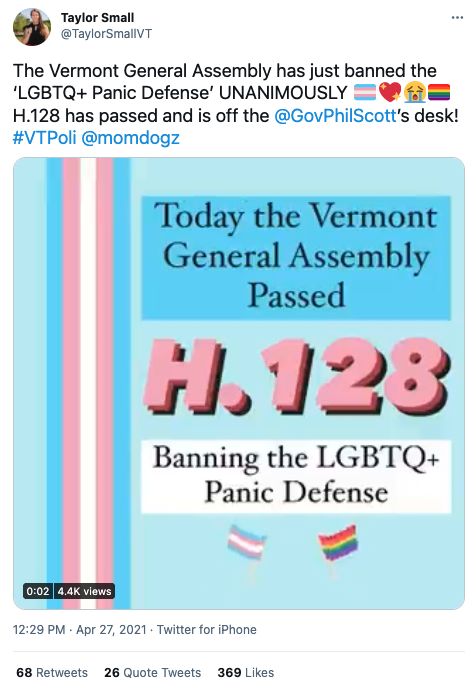 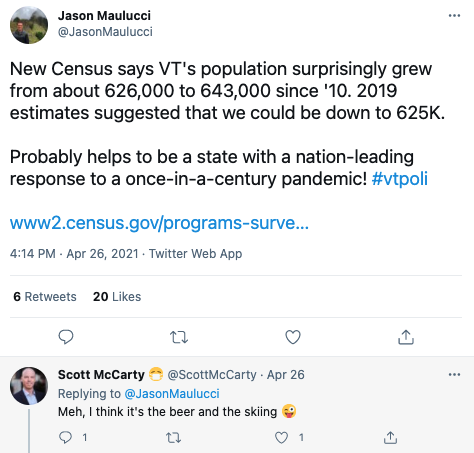