Vermont Business Magazine Clean Energy Group (CEG), a national nonprofit that works on clean energy and climate, announced the retirement of Lewis Milford, its founder and president. His retirement will become effective on December 31, 2021.

Lew Milford founded CEG in 1998, after working over several years on clean energy and utility restructuring dockets in New England while with the Conservation Law Foundation. With CEG, Milford focused on how state and communities could develop sound renewable energy policies, programs, and finance tools. 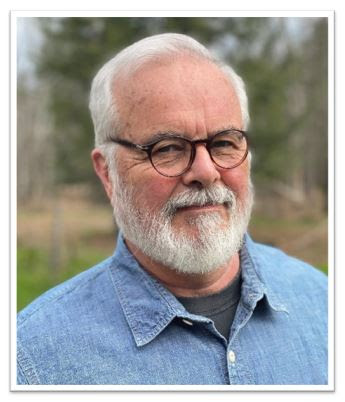 At that time, very few groups were working on state-level and community-based strategies to advance clean energy. CEG also worked with federal agencies and international agencies to find policy solutions to combat climate change. In his work, Milford applied principles of disruptive technology innovation to clean energy markets, assisted by the late Professor at Harvard Business School Clay Christensen, an early mentor. CEG has worked on technology innovation from fuel cells to offshore wind, to energy storage and advancing energy equity over the past two decades.

Not long after starting CEG, Milford initiated a multi-state project to work with new clean energy development funds that states had begun to create around the country – so-called public benefit funds. That effort led to the creation of another national nonprofit in 2002, the Clean Energy States Alliance (CESA). Managed and staffed by CEG, CESA now works with states on solar access, offshore wind, energy storage, building electrification, and 100% clean energy goals.

Among the accomplishments of these organizations over the last 20 plus years was an early focus to bring new clean energy technologies to underserved communities. Milford created CEG’s Resilient Power Project in 2013 after Superstorm Sandy, to ensure that frontline communities and climate-vulnerable populations had access to new technologies like solar and battery storage, which can provide power during blackouts. Much of that work now informs national and state policy on energy resiliency in low-income communities and communities of color, including strategies to replace polluting peaker power plants with renewables and energy storage.

Recently, Milford has spearheaded CEG’s efforts to raise concerns about the industry rush to burn hydrogen in power plants, which can create harmful levels of nitrogen oxide in environmental justice communities. 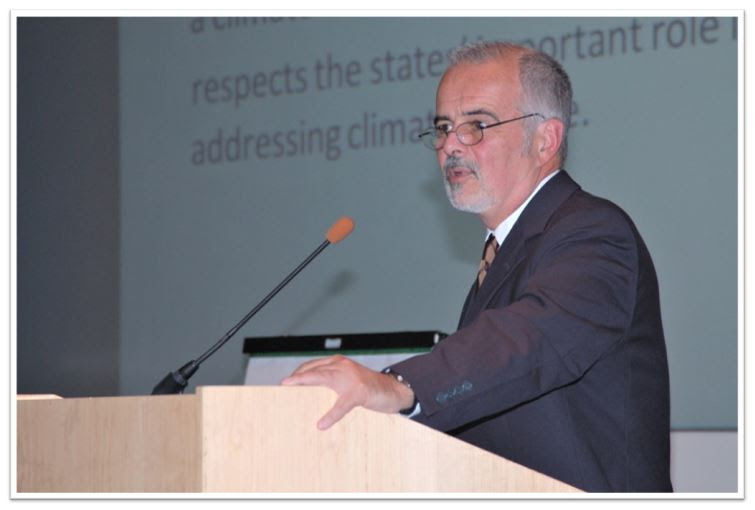 “To call Lew Milford a ‘visionary’ doesn’t even begin to scratch the surface of the work Lew has undertaken for CEG, for the environment, and the future of resiliency,” said CEG Board Chair Brian F. Keane, President of SmartPower. “Lew’s relentless drive and determination and his dedication and sense of purpose have made CEG one of the premier clean energy organizations of our time. But Lew’s intellect, his honesty, and, perhaps most importantly of all, his humanity, have made him one of the greatest environmental leaders of his generation.”

Milford’s work with CEG and CESA came after 25 years working in the public interest as an attorney and advocate. After graduation from Georgetown Law, he first worked for the federal government to enforce civil rights laws among government contractors.

Then, he had the good fortune to be hired on the faculty of American University Law School as director of its first Public Interest Law Clinic. The program was a joint project of the American Civil Liberties Union and the Legal Services Corporation. He represented Vietnam veterans exposed to the defoliant Agent Orange, to help them obtain compensation and health care for their service-related injuries, including cancer and birth defects in their children—a tragedy that still plays out today. After filing numerous lawsuits against the federal government, the process of obtaining federal care and compensation for these veterans began with his work.

Milford also represented older veterans needlessly exposed to radiation at the Bikini Atoll nuclear tests in World War II and at the Nevada test site in the 1950s. He won a federal court case to require better VA compensation rules for their extensive radiation-related injuries, but after an oral argument before Robert Bork and Antonio Scalia, then both federal appeals court judges in DC, they reversed the victory below—the worst loss of his legal career.

During that time, he and a New York Times reporter wrote a book Wages of War, a social history of America’s treatment of its war veterans from the Revolutionary War to Vietnam. 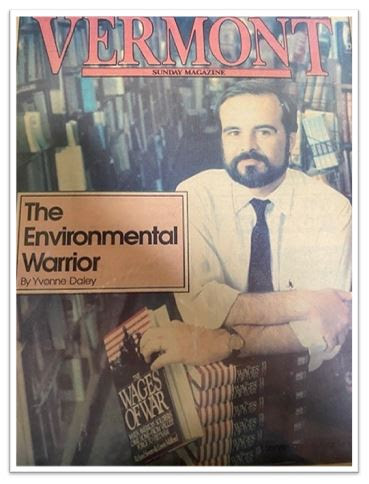 After his veterans’ work, Milford served as an Assistant Attorney General for the State of New York working on the Love Canal hazardous waste case. His work on the legal team led to the recovery of almost a half-billion dollars in state funds from the responsible chemical companies. This fund allowed families to relocate away from the hazardous waste site where chemical companies had dumped carcinogenic chemicals—land that these companies had sold to the community as a site for a new school.

After a short stint in private law practice in his home state of New Jersey, he returned to public interest work. For ten years into the late 1990s, Milford was a project director and then Vice President at Conservation Law Foundation, focused mainly on energy as part of the team that negotiated the restructuring of the electric power industry in New England. He also brought numerous federal lawsuits and other actions in Vermont to protect forests, to stop hazardous medical incinerators, preserve precious waterways, and to force the utilities to invest in efficiency and renewable energy.

Milford leaves a strong, diverse, and experienced team in place at CEG to lead the organization forward. Seth Mullendore, CEG’s vice-president, has been named as the new Executive Director of CEG, effective January 1st. CEG is planning to announce a new deputy director in late summer; more information on the new management team and the direction of the organization will be announced then.

He looks forward to a retirement filled with new possibilities.